FILE PHOTO: The logo for IBM is displayed on a screen on the floor of the New York Stock Exchange (NYSE) in New York, U.S., June 27, 2018. REUTERS/Brendan McDermid/File Photo

The platform, LedgerConnect, will offer applications and services provided by different vendors in areas such as customer compliance checks, sanctions screening and collateral management, the companies said.

LedgerConnect – which is based on a model similar to that of consumer app stores – aims to make it easier and cheaper for financial firms to use blockchain-based software.

Blockchain, which first emerged as the system underpinning cryptocurrency bitcoin, is a shared ledger of transactions that is maintained by a network of computers rather than a centralized authority. Banks and other financial institutions have been investing millions of dollars in developing the technology which they believe can help them simplify some of their processes and cut costs.

While many blockchain-based applications are being tested by banks, few have gone into production.

CLS and IBM hope that LedgerConnect can help speed up adoption by making blockchain-based software for financial firms more readily available, they said.

Building and testing each application individually by banks would be too costly and time consuming, they said. 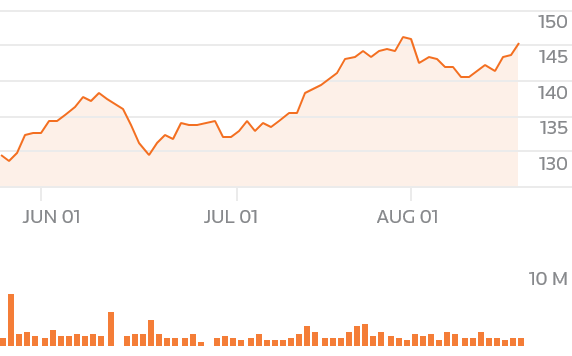 A shared platform run by an existing market structure provider can also help ensure that the applications by different vendors are vetted to meet the technical and security standards required by financial firms, Alan Marquard, chief strategy and development officer at CLS, said in an interview.

CLS settles over $5 trillion of payment instructions a day for its members which include many of the world’s largest financial institutions such as Barclays and Citi.

“Barclays is participating in the LedgerConnect proof-of-concept so we can gain an understanding and experience of a new network for blockchain applications – and also test some candidate use cases on that network,” Lee Braine, from the chief technology office of Barclays’ investment bank, said in an email.

After the platform has been tested, and provided there is sufficient market demand, CLS and IBM hope to make it widely available to the industry.

XRP Analyst Suggests IPO Could Be Game-Changing for Ripple: Here’s How

via Cointelegraph.com News at January 26, 2020 at 01:01AM Ready Full Article: https://cointelegraph.com/news/a-stronger-foundation-for-bitcoin-etf-applications

via NewsBTC at January 25, 2020 at 11:30PM Ready Full Article: https://www.newsbtc.com/2020/01/25/crypto-tidbits-elon-musk-talks-bitcoin-ripple-ipo-coming-facebooks-blockchain-loses-another-member/

This Technical Formation Suggests Bitcoin Could Undergo a Violent Surge

via NewsBTC at January 25, 2020 at 10:00PM Ready Full Article: https://www.newsbtc.com/2020/01/25/this-technical-formation-suggests-bitcoin-could-undergo-a-violent-surge/

Bitcoin is the Only Asset With “Sharpe Ratio” More Than 1: PlanB

via Bitcoinist.com at January 25, 2020 at 08:14PM Ready Full Article: https://bitcoinist.com/bitcoin-is-the-only-asset-with-sharpe-ratio-more-than-1-planb/

Blockchain and 5G: Greatest Promise Is to Transform the Developing World

via Bitcoinist.com at January 25, 2020 at 07:00PM Ready Full Article: https://bitcoinist.com/litecoins-charlie-lee-proposes-miner-donations/